Grant Us Mercy: A Post-Apocalyptic Serial Novel, Installment One 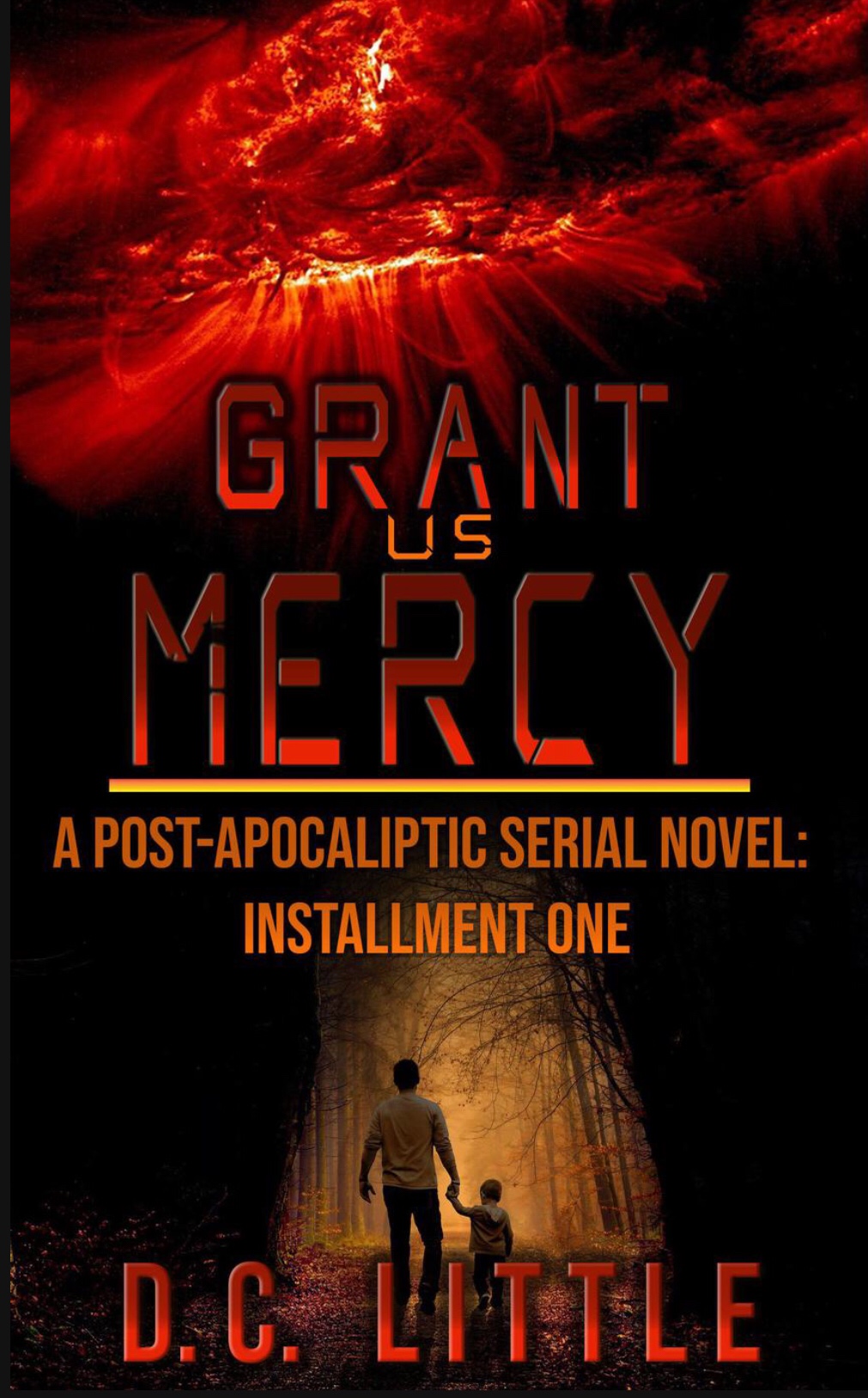 As the United States government shelters its leaders and slaughters security personnel who know too much, Blake’s former boss, Governor Dutton, surreptitiously warns him that an apocalyptic event is imminent. Armed with that news, the undercover agent rushes home to his less-than-welcoming wife, Kris, and their six-year-old son, Tucker. Having been gone for a year on yet another assignment has taken a toll on his marriage, but his sense of responsibility to his family never flags— their motto is “we always return to each other.”

Meanwhile, Kris is called to pick up a homesick Tucker from a sleepover, and during the short ride, she sees colors streaking across the sky. She quashes her uneasiness until her car dies and then explodes as they’re on their way back home.

And so begins Grant Us Mercy, the first installment of a post-apocalyptic novel of how a CME, or Coronal Mass Ejection, wreaks havoc in a small American town. Many residents refuse to believe a world-changing event has happened. Blake knows better and tries, with little success, to convince them to leave as a fire caused by an exploded tractor-trailer approaches their neighborhood. He, Kris, and Tucker continue their hike home, praying their bunker and its ample cache of supplies is still there. D.C. Little takes readers on a harrowing journey of only a few miles to demonstrate how fast modern society falls apart in the wake of a disaster. This first serial installment promises more haunting tales of a post-apocalyptic world.