Give us a brief summary of your life till now (education, work, etc) and how it led you to write.

I’ve had a fairly boring ‘outer’ life and quite a rich ‘inner’ life. I think one of the things that influenced me the most was being born partially blind. For me at least, it meant a childhood spent fleeing difficulties (like intense bullying at school) into make-believe. I grew up in an eccentric household, reading an enormous amount, and with a strong core belief that I had a gift. A vocation, even. Actually, as we Aussies say, I was seriously up myself, and probably I still am. I was good at expressing myself in words, and boy did I have a lot to say (and nobody to say it to)! So here I am – writer!

I’m innately restless, always wanting to go on to the next thing, try something different. I wake up teeming with ideas (much to the annoyance of partners who aren’t morning people) and then I want to explore them. What if this, how about if that? Apart from that – my kids’ books are based on actual animals I’ve known and loved. Vampires are what makes me hide under the bedclothes at 3am. And I’ve always been interested in what makes people tick, but especially the more ‘twisted’ side of that. I don’t instinctively ‘get’ people, so for me writing is a way of trying to overcome that ignorance. What are we? Why are we? What makes us do the things we do?

How have your travels influenced your writing?

Sometimes, I’ve located my fiction in a place I’ve been, like Budapest (go there!). But mainly, it’s something I do because I feel (as some writer said) my future getting shorter, and there’s a huge list of things I want to do, places I want to be, before my time is up.

You write songs! Tell us about them.

I write songs when I’m feeling passionate. It started when, in the throes of a new romance, I experimented with writing lyrics and ended up writing a whole CD of love songs to my new man. Then we split, and I wrote a whole bunch of breakup songs. But I also write songs about my kids and my dog – I’m passionate about them too. True, I don’t have a great voice and I can’t play an instrument, but what the heck – why should that stop me! But I couldn’t have done it without wikiloops, a great source of backing tracks.

You seem like a fearless woman. How do you deal with self-doubt, fear, and other negative emotions that hold back women?

No, I’m not fearless. I do have self doubt – I think, is this stuff that I’m writing any good, is there any point? Because I don’t think there is any point in writing, unless you have something true and real to say. The art of words deserves respect. And I apply that thought to myself. Funnily enough, when I’m at my writing group, I feel like a genius, but when I’m with my family, I feel like that embarrassing aunt who insists on reading her awful poetry out loud! On the one hand, I believe self-doubt is useful (people who don’t have any can be pains in the neck). On the other hand, I’m in charge of me. I’m the one who ultimately decides, no, don’t go there or yeah, go for it – no one else.

What’s your research process like? What does it involve?

As little research as possible. I think of my brain as a slow-cooked soup – you drop things in there, simmer a while, and hopefully in the end something tasty comes out. I wrote my thesis more or less like that. I’m virulently unsystematic!

What’s your writing routine when you’re at home? Do you have a dedicated office, or do you write at the kitchen table? Do you write longhand or type everything? Do you outline your stories or let the characters take you where they want to go? Do your characters speak to you?

All of the above, depending. I live on a rural property, so I more or less write in a shed (or longhand, in the sun on the verandah). I do outline, and I also try to imagine myself ‘there’ – I’m the character, in the situation, in the place – what do I do, what do I feel? I do find it hard, because I feel essentially like an alien trying to get into a human headspace. I think a lot of people, oddly, feel the same. The challenge for me is to remind myself, I don’t have to try to fit in, as a writer (the way I tried to fit in when I was a kid at school). I can make my own rules.

How do you write when you’re traveling?

I bring along a notebook and pens, and then proceed not to use them at all, because I’m too busy enjoying myself.

I like writers who can make us see people in a different way. For instance, one of JK Rowling’s recent books was about people living on a British housing estate, and it really made me think about the plight of people regarded almost as ‘white trash’ a horrible term. Liane Moriarty is similar, she takes you into people’s heads. On the other hand I also like writers who show us a better way to be. I think writers like Tolkien and Tolstoy illustrate a philosophy, a big picture view of humanity, that’s very uplifting.

I like the feeling of creation, of having made something good, that didn’t exist before. It’s very exhilarating. I like the actual doing of it, the least. I want to have created, bang! without actually having to do the hard yards in front of the computer. But not many beautiful things can be made without effort.

Um – when I talk to myself, I get a funny cold feeling (I mean, physically). Does that happen to anyone else? Also, whenever I’m in a bookshop or a library, I need the loo. It’s, like, Pavlovian. What is it with me and books? 😊 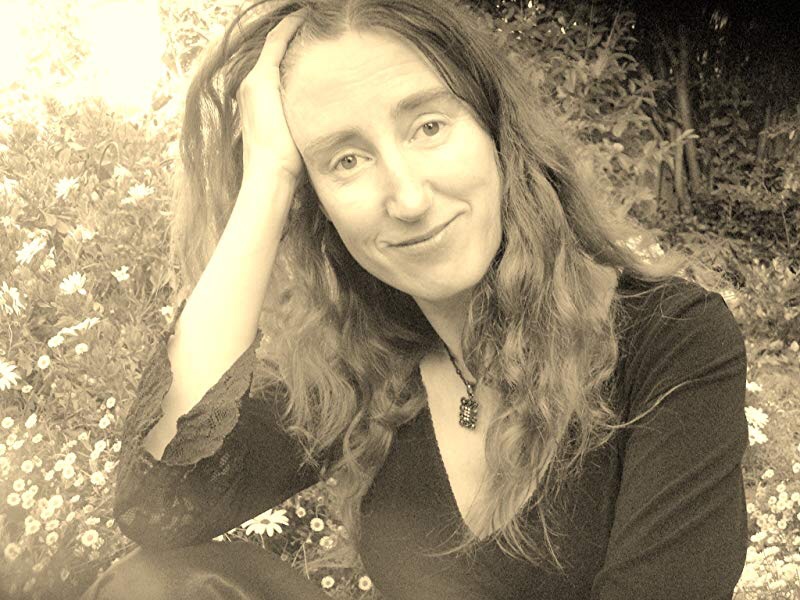