Murder on the Dance Floor 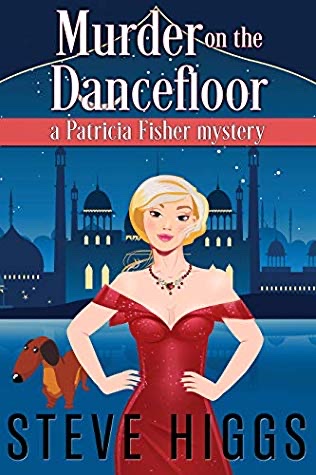 The Aurelia has picked up another film crew in Chennai and is hosting yet another entertainment extravaganza, this time India’s number one show, Stars that Dance. Emceed by the gregarious Irani Patel, a longtime Bollywood star, the least-talented but most-popular celebrity, Taginda Gill, snipes angrily at her partner, Rajesh, as he tries to monitor her diet so he can lift her as required for an upcoming number. When Dayita, another dancer, comes to his defense and tells the actress she’s fat, Taginda starts screaming that Rajesh is gay, a nasty accusation for citizens of a country that just recently decriminalized homosexuality.

A few hours later, after the first onboard show has concluded, Dayita’s body is found in the nearby ladies’ bathroom, stabbed in the heart with a calling card pinned to her chest by the knife. The card has been showing up in the ship’s toniest suites, although no one has noticed anything missing. Shortly afterward, Rajesh is found partially naked and strangled in a men’s toilet, and the tv and ship’s crew is abuzz with the deaths.

Although Captain Alastair Huntley and Patricia have recently taken their relationship to the next level, he sides with former policeman and current television star Devrani Bharma, who considers his crime-solving ability far greater than Patricia’s, and the two vie for a solution throughout most of the book. However, Patricia’s talents take the lead as she snags clues and fits missing puzzle pieces into place with the help of her devoted butler Jermaine and gym instructor buddy Barbie, as well as retired cops Rick and Akamu, but will they track down the killer before their next port of call? And just who is behind that calling card?