Give us a brief summary of your life and how it led you to write.

I grew up in Canandaigua, New York – the gem of the Finger Lakes. It’s a small town – but not too small. I came of age in the ‘60s and that was a turbulent time. The Viet Nam war was raging, there were riots in most of the major cities, and in the spring of my junior year, Martin Luther King and Bobby Kennedy were assassinated.

I had vague aspirations of becoming a writer when I went off to college, but after an English professor ripped my first term paper, I switch my major from English to Economics and went on to business school. For nearly twenty years I owned my own manufacturing company, commuting between Chicago (where my wife and three kids lived) and Phoenix where my business was.

We shut down the business in 2004 and I began my pursuit of a writing career. I also started competing in triathlons. I have participated in over eighty races and I am now a member of Team USA representing the USA in world championships all over the world (except this year).

I have written three novels (American Past Time, Better Days, and Everyone Dies Famous) and have just finished a fourth (Dry Heat). Small towns, factory life, and athletes after their glory fades, are elements or themes that are present in some form in all of those stories.

What prompted you to write a book centered around a tornado? Is the storm a metaphor for the complicated lives of the characters?

When I started writing this story my main characters were Dancer, the old man, and Wayne, the soldier, heading off on a mission. Each man brought along an ensemble of secondary characters. There were many interconnections among the characters and multiple stories that could have been developed. I needed a way to contain the novel so it didn’t end up being 200,000 words. I decided the story would take place in a single day and that there would be a big riverboat party everyone in town was looking forward to. Once I had the setting and the characters in my head, I needed something that would rev up the action and connect the subplots.

The cool thing about a tornado is that it can strike unexpectedly and, unlike a hurricane, the damage is selective (one building is smashed, the next one is spared). And it is over quickly.

The tornado was a way to give a common element to all the characters and stories and provide a new perspective for everyone. The problem they thought was important became a lot less important when they were dealing with a category three storm.

The novel left most of its story lines unfinished, letting the reader decide what happened to most of the characters. How did you make ambiguity work so well?

Well, I hope it works. I think readers will understand that this story is taking place over fourteen hours. A lot has happened in this short period of time – not just the tornado – and every character has been impacted. As the sun sets on July 18, 2003 the path that each character was on has changed. Dramatically. I am hopeful that the reader, by the end of the day, will know enough about each character to imagine what’s going to happen to them. And the nice thing about that, is there are no wrong answers.

On the last day of the century, Joey Blade turns 18, learns his ex-girlfriend is pregnant, and is arrested for the attempted murder of two police officers. Then things get really bad.

Dry Heat is a crime drama and a love story about a boy who loses everything but his heart. It will appeal to readers who enjoy books like Tawni O’Dell’s Back Roads or Nicholas Butler’s The Hearts of Men.

One advantage of starting a writing career later-in-life is that you have a lot more life experiences to draw on. I write about times and places that I know something about. I subscribe to an excessive number of magazines – news, entertainment, literary, political (right wing, left wing, and everything in-between) and three daily newspapers – so I think I know what is going on in the world. I watch a lot of television dramas, domestic and international. I love subtitles because it helps me to actually see the dialogue.

When I am actually writing, I rely on the internet to provide background information. What was happening in the world on July 18, 2003? What were folks reading? What were the popular songs? Movies?

If I am writing about a job or situation that I don’t know anything about, I will ask someone for background. In Everyone Dies Famous, one of the characters, Trudy, is a mail carrier. I wanted to know what went on in the post office before the mail carrier goes out on her route, so I asked my mailman. He was happy to tell me.

We have a Florida room on the back of our house. It has windows on three sides and I can look out on our garden and lawn and be available to let my dog in and out of the house forty times a day. I usually work out in the morning (5 to 8 a.m.) and settle into my writing work about 9. I work on my novel or reviewing someone else’s novel until 3 p.m. and then I walk the dog. In the late afternoon I usually have a glass of wine (or two) and try to make a dent in my stack of magazines. It’s an exciting life.

If I had to write longhand, I would be lost. Typing class was the most important course I took in high school. I have a laptop and compose everything on it.

I start by building the character in my imagination. Give him or her a name. Age. Occupation. Beliefs. Backstory. Marital status. I add quirks or habits or problems. What is his situation? I do the same thing with the characters that are drawn into his orbit. His kids. Spouse. Boss. Buddy. Then I come up with a title. It may change, but I have to have a title to start working.

Right now I’m thinking about writing a novel titled, Freedom’s Just Another Word, about a guy named Jake Doyle who has lost his job as a liberal columnist for not being woke enough. Maybe he will be an Uber driver. He is amicably divorced from a staunch anti-abortion conservative. He will have an ultra-left-wing college-age daughter. I am pretty sure he will be caught in the middle of many mother-daughter disputes. I think he might be a former amateur boxer. He is 55. This will be 2018 – two years after the last election. That’s all I have so far.

At some point in the next couple months I will make a rough outline of how I think I want this story to develop. But it’s all subject to change. Once I start writing, the characters sometimes do something different than I planned and that can take the story in a different direction.

I like the writing style of Hemingway and Raymond Carver. Their ability to tell a story and convey a range of emotions and paint a vivid picture with a minimum of words. Very clean, crisp prose – I admire that.

In terms of stories and storytelling I really enjoy reading Kent Haruf and Elmore Leonard. Haruf’s Plainsong series is just wonderful. He creates interesting, empathetic characters and gives them great lines. Elmore Leonard in a totally different milieu does the same thing.

I love creating stories. Bringing to “life” characters and putting them in difficult situations. That’s fun – and what is even more fun is having the opportunity to hear from readers who have read the stories. Even if they don’t like them. I had a reviewer of my novel, Better Days, who said she read the story in one sitting, but she hated the ending. Really hated it. I thought that was sort of cool – much better than indifference. I wanted to ask her why, but I didn’t.

What do I like least about writing? The whole process of querying agents. It’s dispiriting because with so many writers submitting queries, the default response has become no response. It’s hard to know what to do with that kind of non-reaction. I’d rather they told me they hated my query letter. I’m not sure there really are any agents out there.

This question stumped me so I read it to my wife. We’ve been married for 46 years (I think) so I figured she would know. She said, “You don’t have any LITTLE personal quirks.” Then she laughed. So there you have it. Sorry. No little personal quirks to reveal. 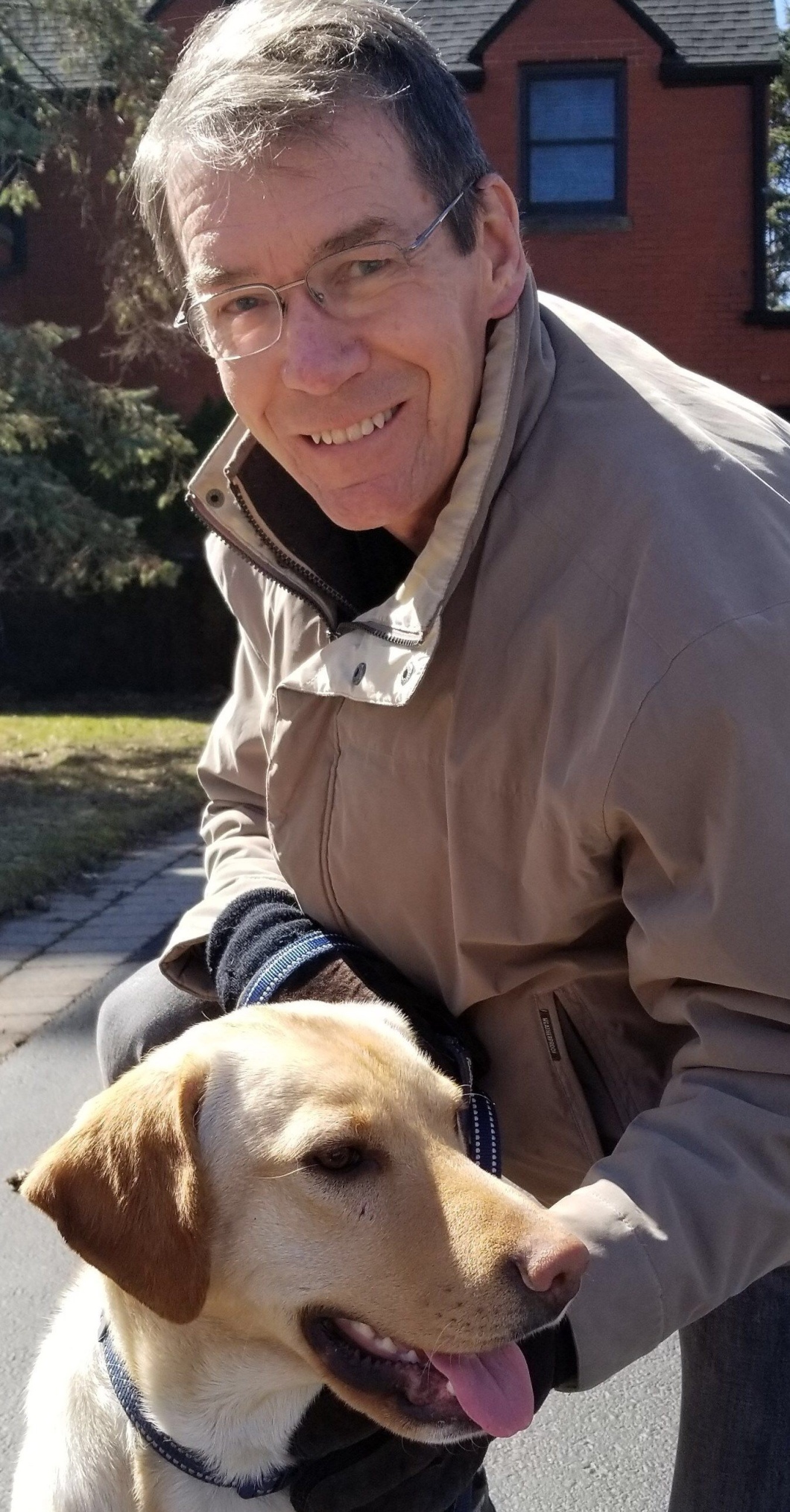